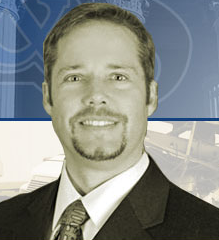 Houston Smith is a native Atlantan.  He attended The Westminster Schools and then graduated from Duke University with  B.S. in Psychology.  After graduating from the University of Georgia School of Law he worked for nearly ten years as an insurance defense lawyer. He now devotes his practice to representing the victims of those injured or killed by the negligence of others.

In addition to authoring Soft Tissue Injuries In Georgia (Harrison Co. 1998), Houston has contributed articles as co-author to the plaintiffs’ bar including “Representing David Against Goliath“, chairs and speaks at seminars for the Institute of Continuing Legal Education (ICLE) and the National Business Institute (NBI) and is a contributing member of the Legal Advisory Board to the Journal of Controversial Medical Claims (Aspen Publishers).